The Centre de glaces Intact Assurance will stand out for the quality of its facilities for the benefit of the sports elite and all citizens", said Régis Labeaume, Mayor of Quebec City. It will become an ideal venue for international events. Quebec City will have a state-of-the-art facility for the development of future athletes. I am very proud of it!"

"I am pleased to note today the progress of the construction of the Centre de glaces Intact Assurance, which is destined to become one of the most important sports complexes in Canada. This project will allow athletes, families and all residents of the Capitale-Nationale to train, jog or skate for pleasure in modern and safe facilities. I will surely come and take a lap myself.", said the Honourable Jean-Yves Duclos, President of the Treasury Board and Member of Parliament for Quebec City, on behalf of the Honourable Catherine McKenna, Minister of Infrastructure and Communities.

"Our government is working with municipal stakeholders in all regions of Quebec to improve their infrastructure and services. On behalf of myself and my colleague, the Minister of Municipal Affairs and Housing, Andrée Laforest, I am delighted that work is progressing on this major project in Quebec City. It is with great enthusiasm that we are participating in the realization of the Centre de glaces Intact Assurance, because it is the citizens of Quebec City and the surrounding area who will benefit from it", mentioned the deputy of Jean-Talon, Ms. Joëlle Boutin.

By associating its brand, Intact Insurance contributes to the promotion of a healthy lifestyle for all and supports the development of passions and talents," said Denis Servais, President of the Corporation de gestion du Centre de glaces de Québec. We would like to thank all the stakeholders who have made this partnership possible. By sharing our aspirations, Intact Insurance will allow our organization to fully ensure the realization of its mission in the long term."

"At Intact Assurance, we believe it is important to be involved in the communities in which we live and work. Our company currently has over 5,000 employees throughout Quebec, including nearly 700 in the Capital. We are proud to be associated with the largest center dedicated to ice sports in America," said Jean-François Desautels, Senior Vice-President - Quebec and Digital Distribution, Intact Assurance. "This association is also complementary to our long-standing partnership with Speed Skating Canada."

A state-of-the-art facility
Eventually, the Centre de glaces Intact Assurance will become a sports complex comprising the Centre sportif de Sainte-Foy and the former Anneau de glace Gaétan-Boucher, which will be combined into one large-scale facility. There will be 5 ice rinks.

At the heart of the 400-metre oval are two Olympic-sized ice rinks, one for short-track speed skating and the other for figure skating, field hockey and other ice sports. A 465-metre long, fully windowed, three-lane track and field arena surrounds the facility. In addition to these new facilities, there are two North American-sized ice rinks located in the former Centre sportif de Sainte-Foy.

Thus, the Centre de glaces Intact Assurance will be the only building of its kind in all of Eastern North America; other ice rings of this size are located in Calgary, Fort St. John, Milwaukee and Salt Lake City.

Details of these festivities will be announced in the coming weeks through several means of communication, including the city's website at ville.quebec.qc.ca/centredeglaces.

Several recreational activities for the fall-winter 2021-2022 season will be held there. Citizens will be able to view the program on the Ville de Québec website in late August.

Free skating hours for residents of the Quebec City area, accessible to the general public, will be reserved: a minimum of 21 hours per week, including 14 during peak hours on the oval (weekday evenings and weekends) and time slots will also be set aside for sports clubs. The same principle of accessibility to the general public applies to the walking and running track with reserved time slots.


The Building Fund Canada-Québec
The construction of this remarkable infrastructure was made possible thanks to the Major Projects Component of the Building Fund Canada-Québec, provided by the Ministère des Affaires municipales et de l'Habitation and the Government of Canada. One of the objectives of this financial assistance program is to provide the regions with infrastructure services that will contribute to their cultural, economic, sports and tourism development. 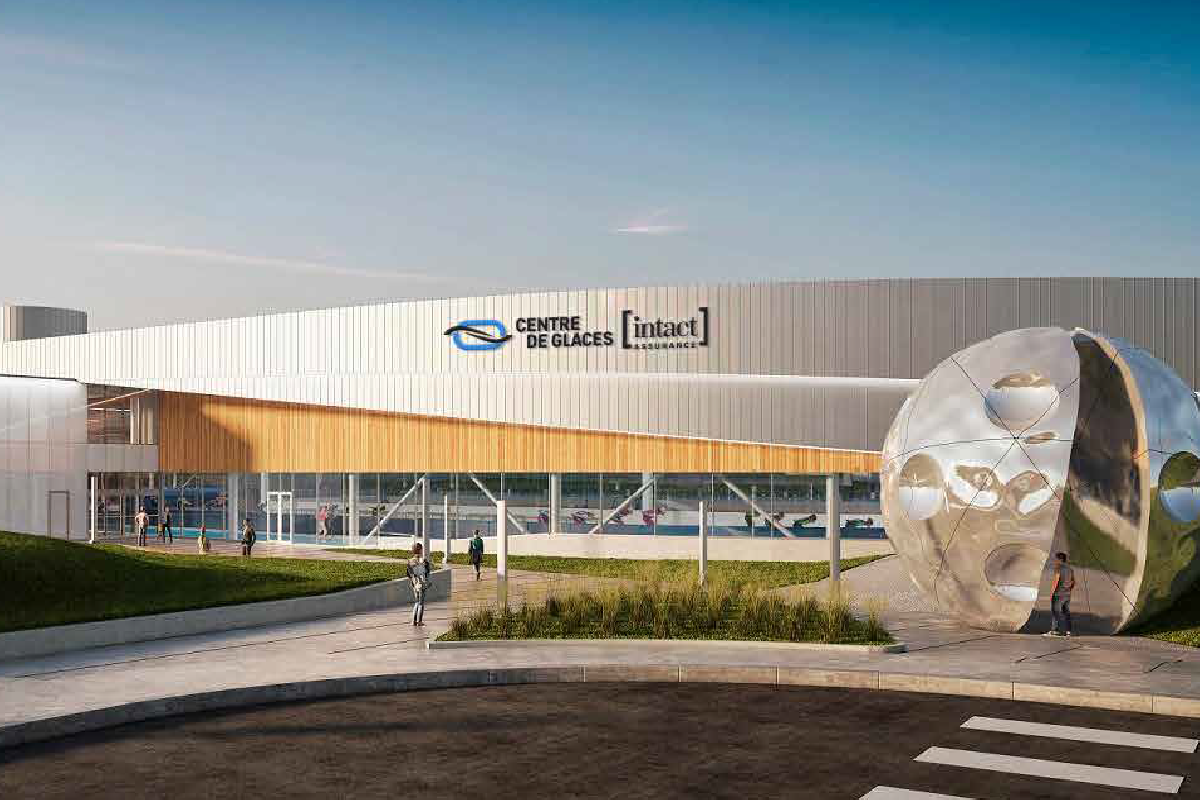